Alright, I’m sure by now the entire population is aware of tonight’s premiere of the final season of Lost. I will admit to watching most of the first season, though I can’t remember much of it. I saw parts of I think the second or third season, but I really lost interest with the whole polar-bear-in-the-jungle premise and the introduction of the second group of people really did me in. It was kind of hard to hear all about the wonderment that is Lost and not want to jump on that bandwagon, but my stress levels simply couldn’t take it! 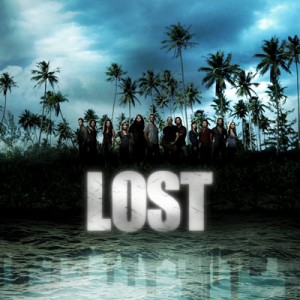 I am one of those people that has to psych herself up to watch a sad movie. I could live watching nothing but Bosom Buddies for the rest of my life because it’s just so happy and carefree…ish. Ok, I might get a little tired of Bosom Buddies but you get the idea. I actually get sick when I watch movies like Silence of the Lambs or pretty much any Martin Scorsese film. I’m not saying Lost is in that category, but I also can’t take series that stress you out with suspense AND don’t give you explanations for things. I’m all for mystery and mind-bending plot twists, but I’d like them to be resolved at LEAST by the end of each season. Give me a nice cliffhanger that frustrates me for a few days and I’ll get over it. Not plot lines that need entire websites, books and countless other sources of theories. My rainbows and unicorn-filled head just wouldn’t know what to do!