Following up from my earlier post about the newest Disney Dooney & Bourke design coming out this summer, more details have been released. The new bags will be released on May 25th, along with the second ever trunk show of previously unreleased Disney Dooney designs! The last trunk show was lots of fun, and Ian Ray from Dooney and Bourke will be on hand to sign bags as well. 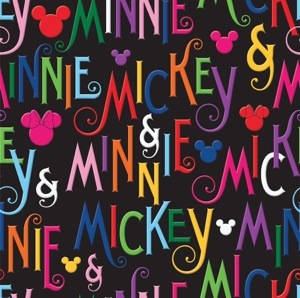 Here are all the details with some new photos, from the official Disney Parks blog:

…the merchandise special events team that a Dooney & Bourke release, along with a signing opportunity with Ian Ray, has been added to the calendar of events for May 2013!

Here’s a look at the new Dooney & Bourke Mickey Rainbow Letter Collection on four black silhouettes, including a large Pocket Tote ($295), Satchel ($195), Pocket Satchel ($260), and Tablet Sleeve ($90), which will be available as part of the release.

Tren-D in the Downtown Disney Marketplace at the Walt Disney World Resort will have all of these and more, on Saturday, May 25, 2013. What could be more exciting than the release of this new collection? What if I told you that on that same day, Tren-D is going to have a “Sample Sale” of some never released bags, and that Ian Ray will be on hand for a special appearance and signing opportunity from 11:30 a.m. – 1:30 p.m.? It doesn’t get better than that! For those who are able to attend the release and signing, be sure to ask about a special gift with purchase. Tip: Be sure to get their early! Although Ian isn’t signing until later, the collection, along with the other bags, will be available at shop opening on the day of release. 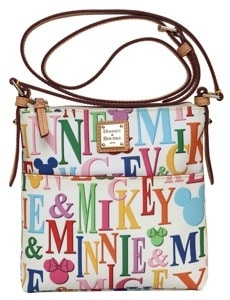