This summer, Pixar is opening a brand new pop-up experience in Manhattan. 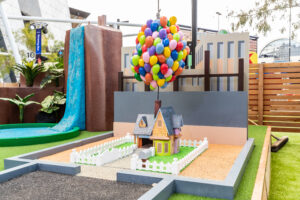 Pixar Putt is a new open-air mini golf pop-up, arriving in Battery Park’s Pier A on August 1. Made up of 18 interactive holes inspired by some of Pixar’s most beloved films, Pixar Putt is set to take guests to infinity… and beyond!

The pop-up will open August 1 and run through October 31, 2021. The course will be open seven days a week. Also appearing is Pixar Putt After Dark, an evening session “for guests aged 18+”. 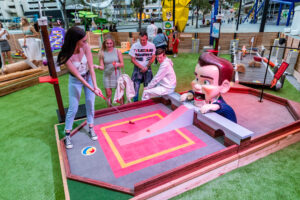 Tickets are expected to sell out fast, and tickets, as well as information like daily hours, are available here.

Stay tuned on all of our Pixar updates here.