One thing I love about Disney Pictures bringing out new movies on special edition or Blu-ray release is that I get to see movies I haven’t seen in decades, and usually hold some wonderful childhood memory for me or now, my family. Disney has now released a handful of new-to-Blu-ray films, and I was lucky enough to be sent them for review here. Released on August 21, 2012 are: 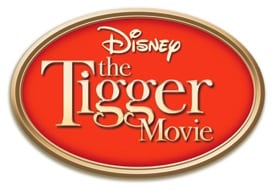 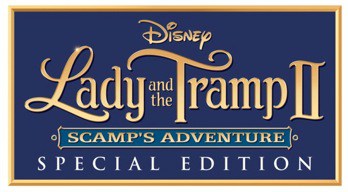 The Rescuers: 35th Anniversary Edition with The Rescuers Down Under – Three-Disc Blu-ray/DVD Combo 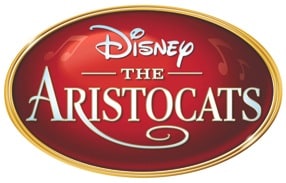 Now believe it or not, some of these movies I’d actually never seen. Pocahontas II, The Rescuers Down Under, and The Tigger Movie somehow all escaped my viewing eye. I was happy to be able to share them with my children, as well as see them for the first time myself. My almost-4 year-old is currently obsessed with Tigger, so he now watches the Tigger movie on rotation daily! It was also great to see what I’d missed with the other two sequels.

Most of all, I loved sharing The Rescuers with my daughter. I truly loved this movie when I was a little younger than her, and it also terrified me. It was interesting to see it from an adult perspective as well as having quite a few years pass since the movie was first released. It was great to finally see The Rescuers Down Under too.

I remember getting Lady and the Tramp II on VHS when my oldest son was little. He loved little Scamp and his adventures, so it brought back fun memories from when he was little. Pocahontas has such wonderful music and visuals, and having the sequel together was fun to see. The Aristocats has also always been a favorite, so it’s great to get all of these films in wonderfully restored digital quality on Blu-ray.

The best part is that each of my children can identify with the different movies in their own way, and choose their own favorites. So many of my Disney movie memories are tied to when they were first released in the case of the 70’s – present, or if they were shown in theatres again. Now kids can see all of the old classics and newer ones as well, whenever they please.

Here are the bonus features you’ll find on these releases:

The Lost Open: legendary songwriter Richard Sherman introduces an early story board iteration of an opening scene complete a deleted character named “the Maid” and demos for the deleted songs “How Much You Mean to Me” and “Court Me Slowly.”

Deleted Song – “She Never Felt Alone”: This deleted song, complete with animation, will tug at the heartstrings of any animal lover, as Duchess explains to Thomas O’ Malley why she must return to her beloved owner Madame Bonfamille. Richard Sherman discusses the song he co-wrote with his brother Robert, which captures the special relationship between a pet owner and their animal. It’s a moving sequence that will stir everyone’s fondest memories of their favorite pets.

The Sherman Brothers: The Aristocats of Disney Songs: A tribute to the legendary Disney songwriting team of Robert and Richard Sherman, with particular emphasis on “The Aristocats.”

The Great Cat Family (Excerpt): This animated excerpt tells the history of cats from ancient Egyptians to the present.

The Classic Disney short “Bath Day”: Figaro has been freshly bathed and perfumed by Minnie when he meets up with Lucifer and his gang who chase him. In the ensuing fight, the gang is fooled into beating up Lucifer and making Figaro the winner. But the victor is soon putback in the tub by Minnie.

Lady and the Tramp II –

Disney Intermission – While the film is paused, young viewers are entertained with fun and engaging Hundred Acre Wood themed games and activities.

·       10 Mini Adventures of Winnie the Pooh shorts – The journey continues with these 10 animated shorts featuring all of the Hundred Acre Wood characters.

·       “Round My Family Tree” Sing-Along Song – In this feature, fans can sing along with Tigger as the lyrics are highlighted on screen.

Enjoy these films with your family, or by yourself and create even more Disney memories for years to come.

*Disclosure: I was provided these movies for the purposes of review but my opinions are my own. Links above are affiliate links, which, if used to purchase these discs, will give me back a few cents to keep zannaland running. Thank you!