Beginning Oct. 1, “The World’s Most Magical Celebration” honors the 50th anniversary of Walt Disney World Resort, and, wow, do we have some great new details to share with you about this incredible 18-month event. 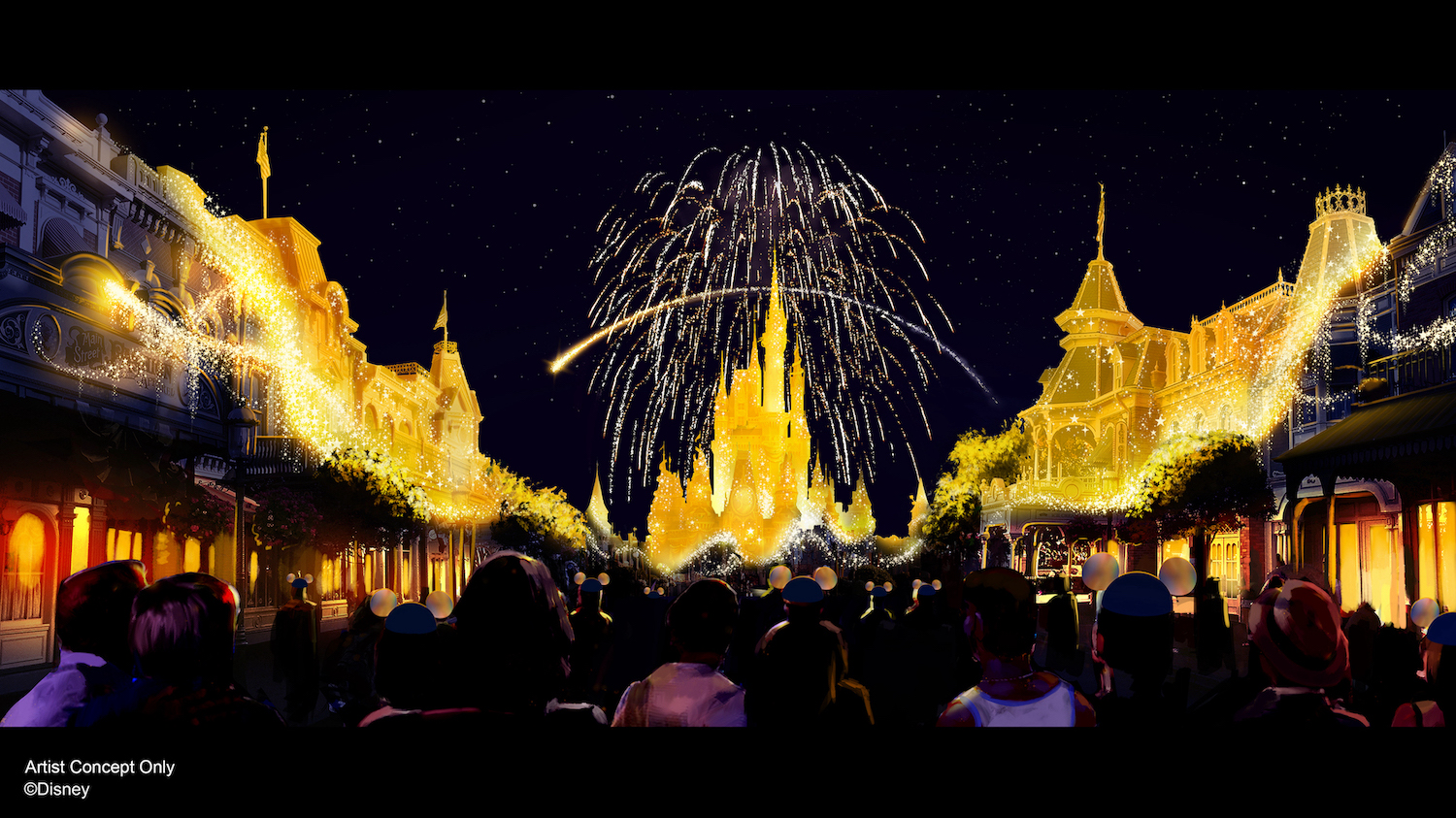 A new nighttime spectacular, “Disney Enchantment,” will help kick off the 50th anniversary festivities when it debuts Oct. 1 at Magic Kingdom Park. Created to launch with “The World’s Most Magical Celebration,” this evening extravaganza will take Guests on a journey filled with adventure, wonder and empowerment. Inspiring everyone to believe in magic, “Disney Enchantment” will feature music, enhanced lighting, stunning fireworks and, for the first time, immersive projection effects that extend from Cinderella Castle down Main Street, U.S.A. 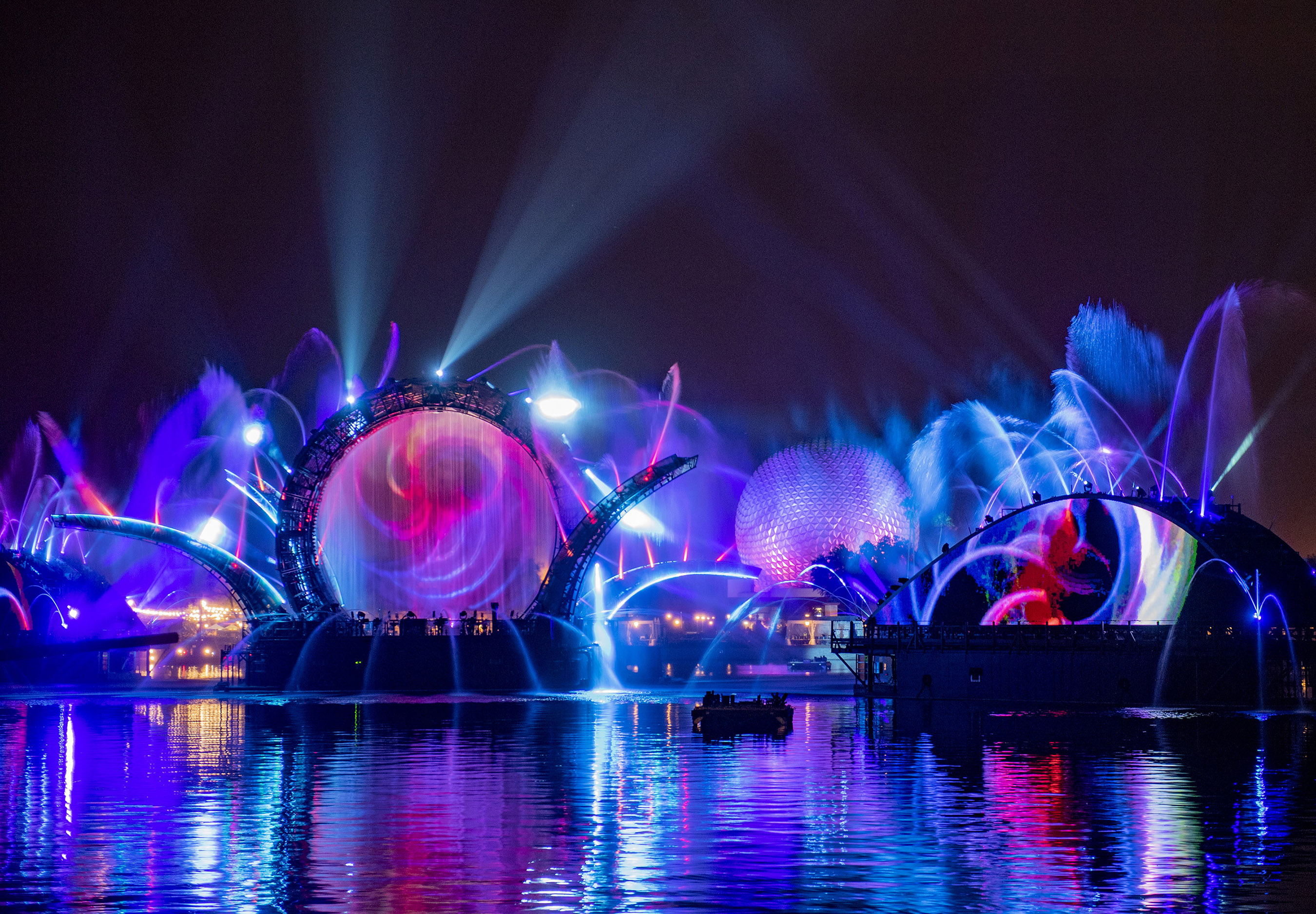 Joining “Disney Enchantment” on Oct. 1 will be “Harmonious” at EPCOT, one of the largest nighttime spectaculars ever created for a Disney park. This new show will bring the globe together at World Showcase Lagoon in a celebration of Disney music that inspires people worldwide. It’s a grand, powerful tribute to the stories and songs that unite us, embracing new technical magic that incorporates pyrotechnics, choreographed moving fountains, lighting and media in new ways. “Harmonious” will invite Guests to travel the globe through new interpretations of classic Disney songs as you’ve never heard them before, reimagined in more than a dozen languages by a diverse group of 240 artists from around the world. 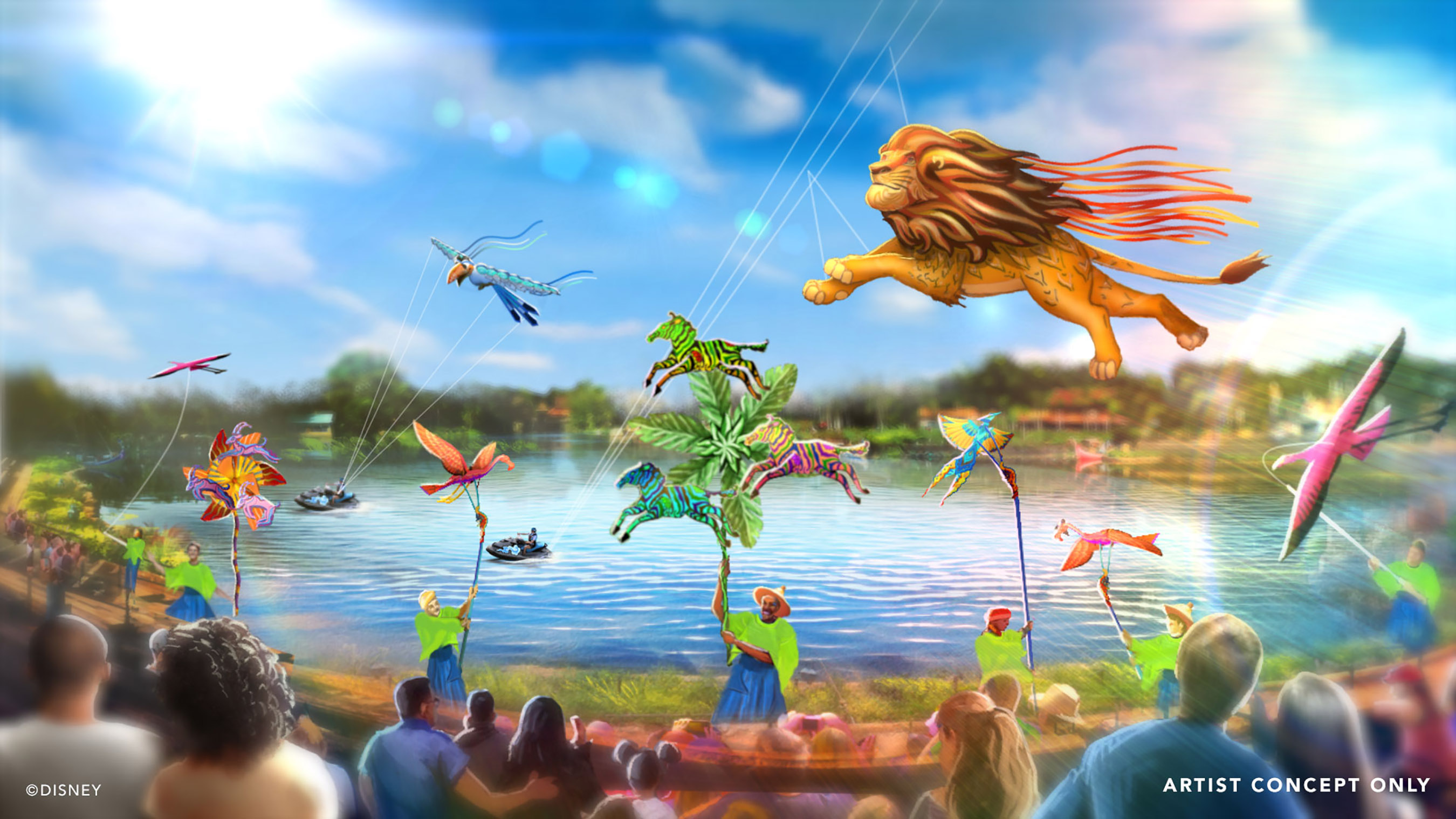 There’s also new daytime entertainment stirring at Disney’s Animal Kingdom Theme Park. Check out this artist rendering of “Disney KiteTails,” which will come alive several times daily at the Discovery River Amphitheater beginning Oct. 1. Performers will fly windcatchers and kites of all shapes and sizes, while out on the water elaborate three-dimensional kites – some stretching to 30 feet long – will depict Disney animal friends, including Simba, Zazu, Baloo and King Louie. These colorful creations will dance through the sky to the beat of favorite Disney songs in an uplifting, vibrant experience for the whole family. 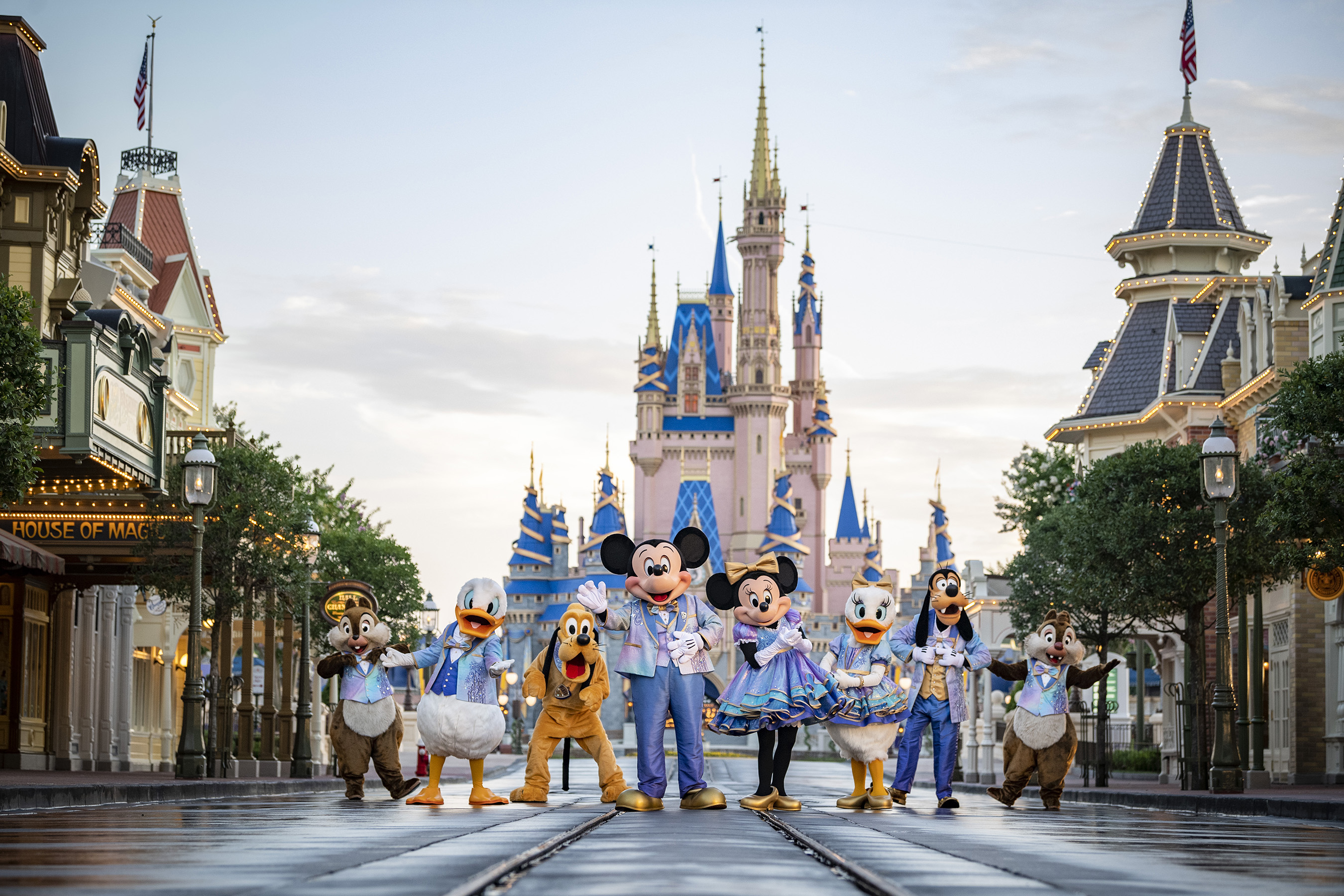 Mickey Mouse and Minnie Mouse will be the hosts for “The World’s Most Magical Celebration,” and they’ll be decked out in sparkling new EARidescent fashions for the 50th anniversary. As you can see in the photo above, their best pals want to get in on the shimmer, too, as Donald Duck and Daisy Duck, Goofy and Pluto, and Chip ‘n’ Dale will be sporting their own custom-made EARidescent looks beginning Oct. 1. Guests will get a chance to see them when they travel through Magic Kingdom Park several times daily in the new “Mickey’s Celebration Cavalcade.” 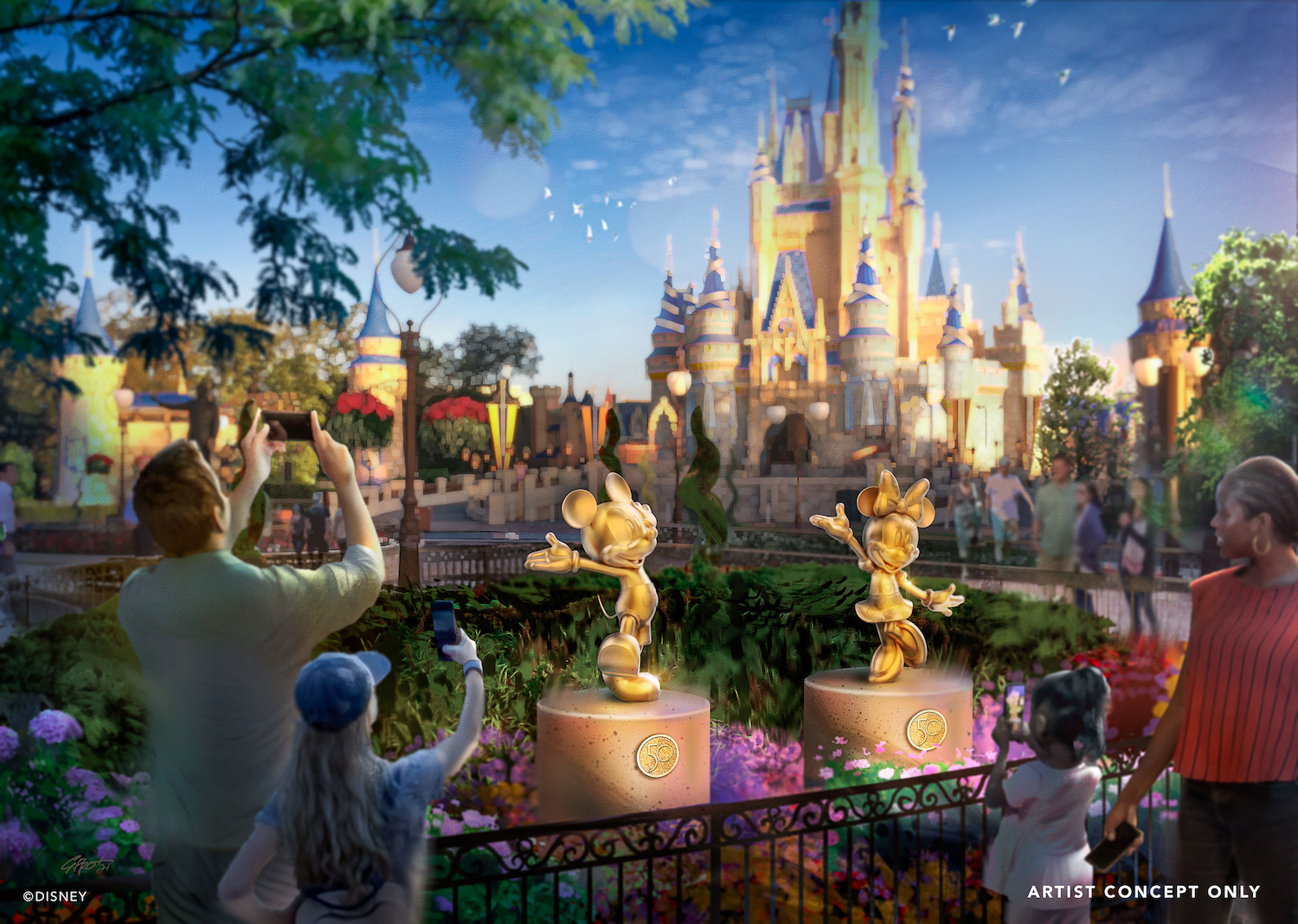 These eight friends will also be featured in special golden character sculptures debuting Oct. 1 at Magic Kingdom; in this artist rendering, you can see Mickey and Minnie shining in the sunlight near Cinderella Castle. There will be 50 characters total in this series of sculptures that will be displayed across all four theme parks. We’ll soon reveal more of the “Disney Fab 50” as excitement builds for the big day, as well as the surprising ways Guests will be able to interact with these beautiful sculptures as part of the 50th anniversary celebration. 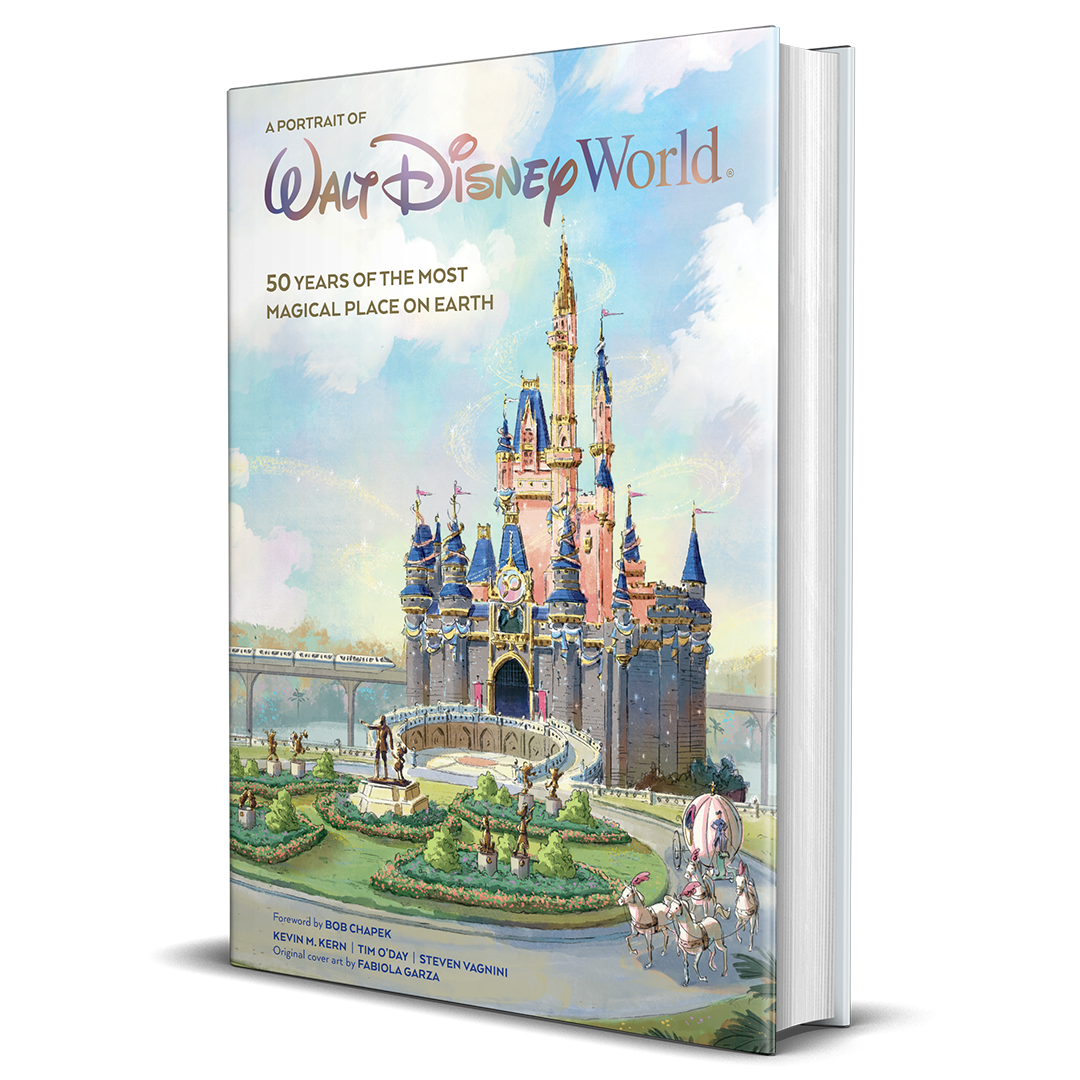 This fall, Guests can bring home “Walt Disney World: A Portrait of the First Half Century,” a beautiful new coffee table book from Disney Editions. You can see the cover art above for this insider’s look at the history and evolution of Walt Disney World, written by Kevin Kern, Tim O’Day and Steven Vagnini. The book will be available for purchase beginning Sept. 28 at Walt Disney World, shopDisney.com and wherever books are sold. We can’t wait to add this to our collection!

“The World’s Most Magical Celebration” will also see the grand opening of Remy’s Ratatouille Adventure at EPCOT, icons at each of the four parks transforming into Beacons of Magic at night*, EARidescent décor all across the resort, plus much more. Our Walt Disney World cast members – who will be wearing new EARidescent nametags designed especially for this occasion – are looking forward to sharing all this magic with Guests, as they are the heart of this momentous event. Stay tuned as we continue to share more details about the 50th anniversary of Walt Disney World in the weeks and months to come as we get ready for the festivities to begin!