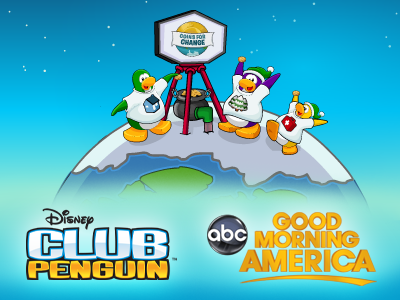 If you have little ones and a computer, chances are they are playing Club Penguin, the #1 virtual world for kids. Since the holidays are about giving back, Club Penguin wants to empower their players to do the same. With their annual Coins for Change program, where players can donate virtual coins that they earn playing games to real-world causes that matter to them.

Running from December 20 to January 2, the Coins for Change program will turn Club Penguin into the biggest virtual bake sale ever, with players baking virtual cookies and buying them with virtual coins that act as votes to influence where Club Penguin’s $1 million US cash donation will go. The votes determine the percentage of donations made in three areas: providing medical help, building safe places, and protecting the earth.

Through programs like Coins for Change, Club Penguin has given a total of $9 million to charities all over the world, further raising social consciousness among the more than 750 million players who take part in the online community. In last year’s event, kids donated over 10 billion coins to help make the world a better place, including funding projects in 42 countries such as:

Here’s how kids can take part – when players virtually buy the special bake sale cookies, they will be transformed into the new holiday characters for a short period of time. All players can transform into toy cars, while members are rewarded by transforming into reindeer puffles and “frost bites,” which allow them to temporarily freeze in-world items. Sounds festive, right?

Head over to ClubPenguin.com for tips to start your own real-world bake sale, with recipes too, and to begin earning your Coins for Change today! 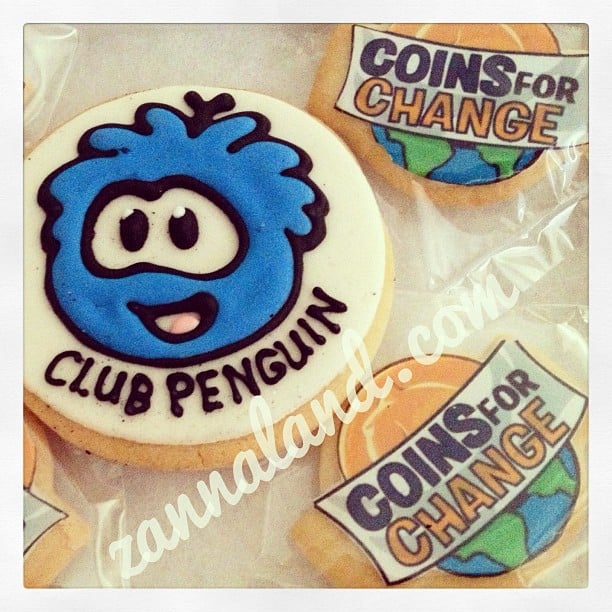