Disney and Build-A-Bear Workshop have already partnered to bring us adorable costumes representing Disney princesses (I was lucky enough to win a Cinderella bear at Disney’s Social Media Moms Celebration last February, as well as meeting Chief Executive Bear Maxine Clark, who is a wonderful business woman and leader), Buzz Lightyear and Woody from Toy Story among others. The companies have now designed a Wizards of Waverly Place bear which was released on January 21, in stores and online. Maybe this can be a girlfriend for Duffy the Disney Bear? 😉

Build-A-Bear Workshop®, the interactive entertainment retailer of customized stuffed animals, announced today that it is offering a “Wizards of Waverly Place” Bear for $22 (outfits and accessories sold separately). This adorable new furry friend features purple, blue and pink fur with a “Wizards of Waverly Place” logo on its paw and includes a magic wand. The bear arrived at Build-A-Bear Workshop stores and buildabear.com on Jan. 21.

The adventures are endless with a wizard as a furry friend! To personalize this bear, Build-A-Bear Workshop will offer a variety of magical-themed clothing and accessories including:

· Wizards of Waverly Place Outfit ($13.50) for a fashion-forward wizard.

· Wizards of Waverly Place Bag ($6) for a dash of pizzazz.

· Wizards of Waverly Place Scarf ($3.50) to complete this magical look

With each purchase of a Wizards of Waverly Place Bear, Guests will receive a free Wizard Teller, while quantities last, plus $5 off a future purchase at Build-A-Bear Workshop.

About “Wizards of Waverly Place”

The Disney Channel Original Emmy Award-winning show “Wizards of Waverly Place”, features Selena Gomez as Alex Russo. Alex is not your ordinary teenager living in a Manhattan neighborhood. She has a powerful family secret – she and her brothers are wizards in training. When the going gets tough, she and her brothers Justin and Max, tend to use magic to try and solve their problems – with outrageous consequences! While their parents run the family business, Waverly Sub Station, Alex, Justin and Max prepare for a Wizard Competition, which will determine who will become the family wizard and keep their magical powers. This hit show is in its fourth season. “Wizards of Waverly Place: The Movie” premiered in 2009, and a new Disney Channel Original Movie is planned for Spring 2012.

Disney Interactive Studios announced today the upcoming release of Wizards of Waverly Place: Spellbound for Nintendo DS™. Inspired by the hit Disney Channel TV series, “Wizards of Waverly Place,” the video game will take players through five exciting episodes in a brand new mystery as they play as some of their favorite characters from the show.

In Wizards of Waverly Place: Spellbound, players will take their Wizard skills to the next level to find out what happened to a dress designed by Alex Russo that goes missing just before her big fashion show. Fans can play as their favorite wizards-in-training – Alex, Justin and Max Russo – while interacting with familiar characters and exploring locations from the show, including the Waverly Sub Station, Tribeca Prep and others. 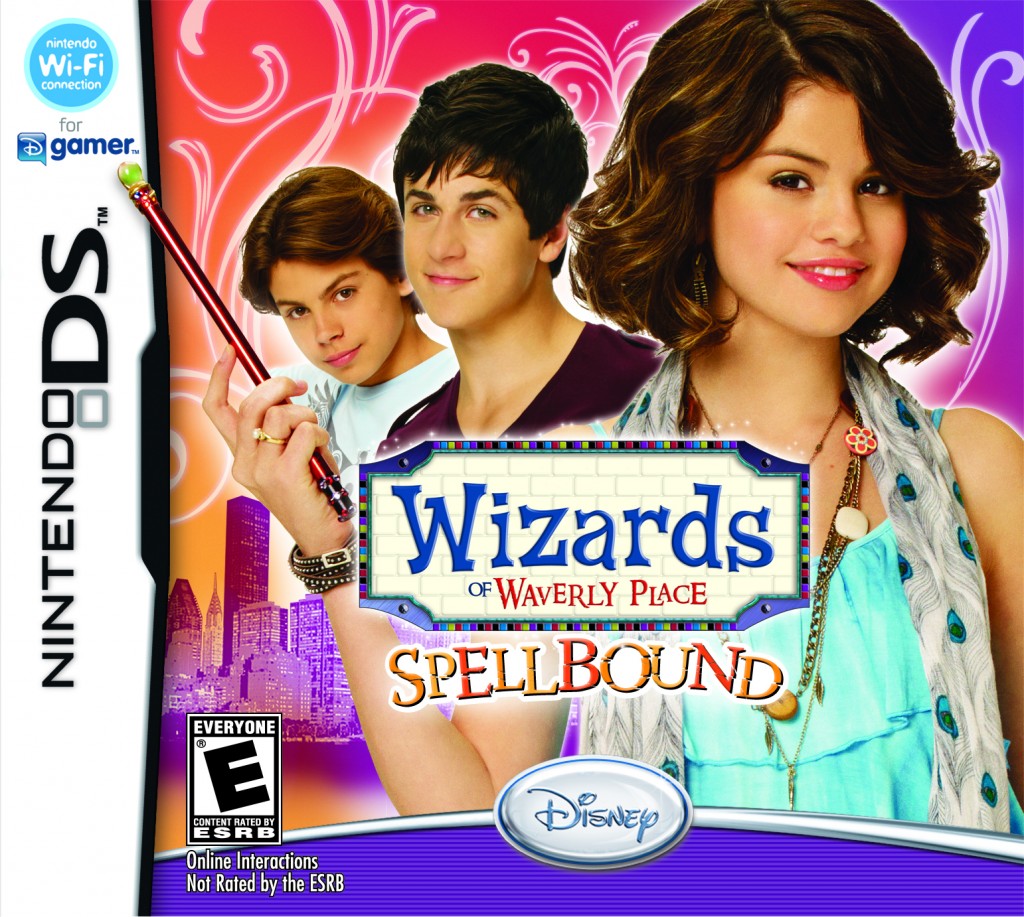 In this fun-filled adventure game, players will complete various puzzles and overcome obstacles by casting spells on objects and characters. Fans will be able to move and freeze objects, turn themselves into a hamster, travel at turbo speed and more.  In addition, players can dress Alex in 25 collectible outfits and compete in bonus wizard challenges.

Wizards of Waverly Place: Spellbound will be available this fall for Nintendo DS.