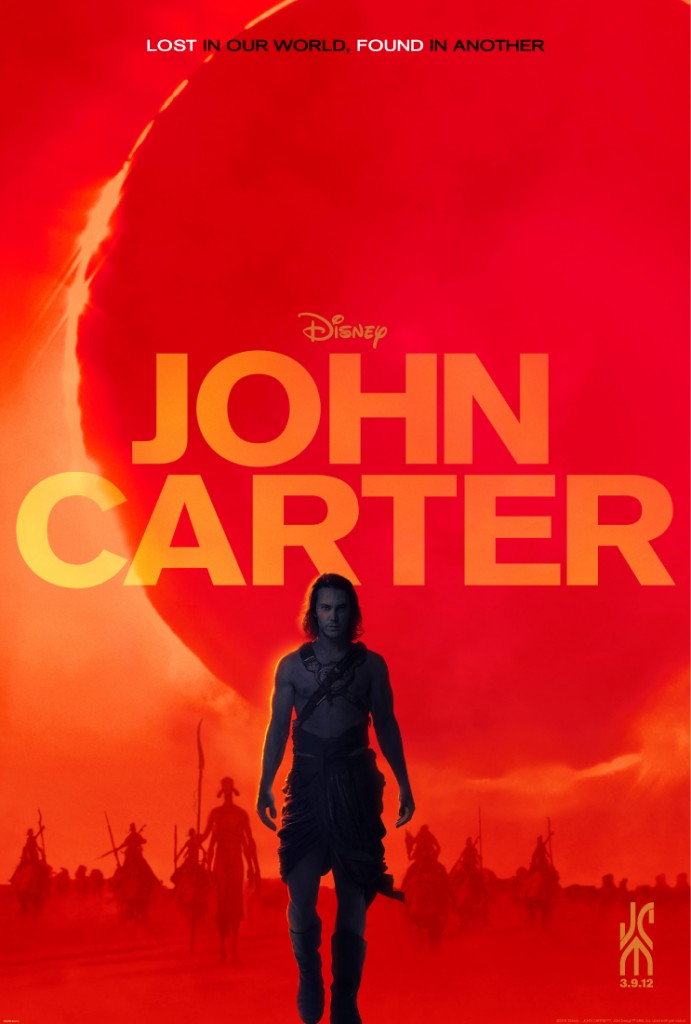 When buzz first surfaced about John Carter, I took little notice. I thought it was cool that Andrew Stanton was branching out from Pixar animated films, the fact that it was an Edgar Rice Burroughs story piqued my interest slightly, but seeing the first teaser trailer, it was lost again quickly. To me, it seemed too similar to stories we’ve seen before; man gets transported somewhere foreign to him, must fight his way out/back/defend a race of people. Avatar or Gladiator on Mars. And in a nutshell, yes, that is what the film is. What I wish I knew going in, was that this film has a heart, a compelling story within it. From the sounds of the feedback before and after seeing the film, I don’t think I’m alone in my reservations and praise of John Carter.

The story opens in Arizona, where John Carter is instantly identified as a valiant Civil War soldier from the Confederate Army in Virginia, who has now left the service. For some reason we don’t yet know, has no desire to return to service, even when imprisoned as a last resort. John Carter has his sights set on a different purpose, however, and nothing will stop him. He is looking for his cave of gold, which makes him the laughing stock of his fellow frontiersmen. We learn in a chase scene that he has no ‘side’ in the war anymore, and can speak in Native American tongue. He is out for himself, and no one else. Or so it seems.

Escaping soldiers and Native Americans he does find his cave of gold and with it someone from Mars, who he shoots and in the process ends up on Mars itself. It is here that our real story begins. John Carter discovers he has the power to jump great distances. That excitement is tampered by the fact that he is soon captured by tall green alien creatures, with four arms and tusks – the Tharks. I won’t go into a play-by-play of the movie plot, but the story here parallels that on earth; he does not want to fight or defend anyone, but is drawn in to defend those he considers defenseless, in the course of trying to get back home.

At this point, we still don’t know why John Carter is who he is, or why he so strongly defies choosing a side and fighting in a war. We are treated to various flashbacks as the central characters make their way to what John hopes will be a way home. This culminates in a fight scene when a rival tribe of Tharks has been called in to destroy him. John makes his companions go as he stays to fight, in one of the most powerful and emotional scenes I have seen on film in a long time. It brought tears to my eyes, and it is what sums up John Carter’s character, purpose, and hatred of war. It is beautifully edited and worth seeing the film for that alone, in my opinion.

After this turning point, John Carter is then on the side of good on Mars, or Barsoom as it is known by its people, and the battles continue to save the planet and get John home. However, John then falls in love with Dejah Thoris, princess of Helium – the most human-like of Barsoom’s inhabitants. This leads to several other twists and plot turns as John Carter fights for their lives. Just when all seems well, John is sent back to Earth. Yet another battle then begins – where John must seek out a way to return to Mars and his love. Since those details tie up the final points of the film, I won’t reveal them here, but rest assured, they are well done.

I’m not sure why the marketing for John Carter has been so confusing and poorly received, even in reading twitter streams after seeing the premier, there was a lot of silly chatter about Disney daring to make an action film. Maybe audiences are just used to the Disney marketing machine being the same, whether the film delivers or not, but in this case, it is sad to see such bad pre-press about a film I really had no problems with. Well, I take that back. In the beginning, John Carter’s voice and tone seem a little like a bad John Wayne impression, but by the end of the movie, I attributed it to the mannerisms of the time, and was okay with it, overall.

I didn’t want to see this movie. I was going to send my husband and son in my stead. I was completely won over and I plan to see it again once it opens officially on March 9th. It has all the elements of a wonderful film, Disney or otherwise: a story you want to hear, characters you care about, and just enough special effects and eye candy to make you ooh and ahh. More than just an action sci-fi flick, I had no idea it had a steampunk feel to it, and as a fan of that style, I was thrilled to see its use on Barsoom. It is appropriate for all tweens and up, with minimal up-close violence and gore, with a great message about preserving our world and doing the right thing. Go see John Carter of Mars – even if you don’t want to.