I first heard about The Pirate Fairy at Disney’s D23 Expo back in August, and was treated to an appearance by stars Tom Hiddleston and Christina Hendricks. I really liked the premise, and looked forward to seeing it. So I was very excited to receive this dvd/BluRay to review. It did not let me down, and my family and I loved this film, perhaps best of all the Disney Fairy movies.

The backstory is really interesting, and we learn about a Dust Keeper, Zarina (Christina Hendricks), who is always looking for new ways of using pixie dust and figuring out how to harness its power. Unfortunately, Fairy Gary, the keeper of the dust, does not approve of these experiments, which leads Zarina to try things on her own and that in turn has some disastrous consequences. Zarina is ousted and a year passes. A fairy celebration takes place and we learn that Zarina is now a pirate with sinister intent…

What follows next is a fun, colorful series of events which will leave you singing and cheering. The amount of pixie dust and sparkles and colorful visuals in this movie is almost overwhelming – it’s just so pretty! And cute – we get to see a baby Tic Toc Crock, and of course, cabin boy James (Tom Hiddleston) turns out to be a young Captain Hook. Here are some of my favorite parts of the movie, plus the full trailer: 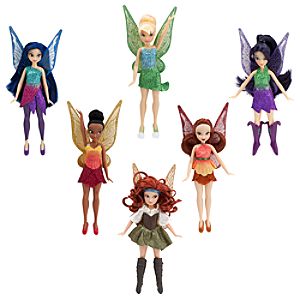 Also, they have an irresistible Baby Croc Plush

which I am definitely picking up…for my 5 year-old…yeah, that’s it. 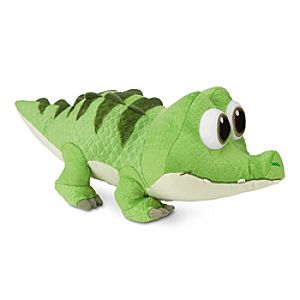 They also have a 14″ Zarina Doll which I am totally getting – she’s a redheaded pirate who’s name starts with a Z – I have to! “The Pirate Fairy” sets sail April 1, 2014 – hopefully you’ll enjoy it as much as we did!

*Disclosure: I was provided with a complimentary dvd to review, but my opinions are my own. Product links are affiliate links, taking you to the same websites, but if you make a purchase, a small portion goes back to help with the costs of running zannaland.com. Thank you for your support!
Share
Tweet
Pin
Share