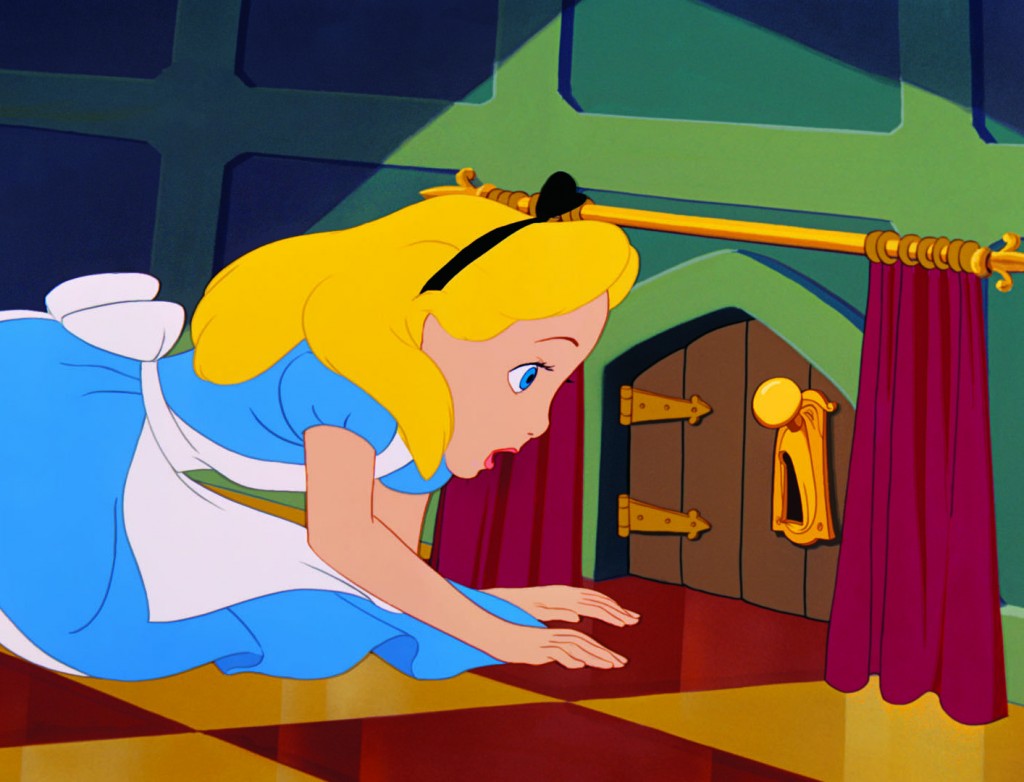 The animated version of ALICE IN WONDERLAND still remains an all-time American-favorite to this day. Produced by Walt Disney himself and based primarily on Lewis Carroll’s Alice’s Adventures in Wonderland with a few additional elements from Through the Looking-Glass, the film was made complete with help from filmmakers Clyde Geronimi, Wilfred Jackson and Hamilton Luske (Cinderella, Peter Pan) and the voices of Kathryn Beaumont as Alice (also the voice of Wendy Darling in Peter Pan), Ed Wynn (Mary Poppin; Cinderella) as the Mad Hatter, J. Pat O’Malley (One Hundred and One Dalmatians; The Jungle Book) as Tweedledee and Tweeledum, Verna Felton (Cinderella; Sleeping Beauty; The Jungle Book) as Queen of Hearts, Sterling Holloway (The Jungle Book; Sleeping Bueaty; The Aristocats) as the Cheshire Cat , Richard Haydn (The Sound of Music; Young Frankenstein) as Caterpillar and Bill Thompson (Lady and the Tramp, Peter Pan; Sleeping Beauty) as the White Rabbit.

Walt Disney first created the idea of creating Lewis Carroll’s ALICE IN WONDERLAND book into a full-length animated movie back in 1923 when he was just a young twenty-one year filmmaker trying to make a name for himself. After more than 30-years in the making, and after four successful animated releases under his belt (i.e., Snow White and the Seven Dwarfs, Pinocchio, Fantasia and Bambi), Walt finally released his true vision for the animated film Alice in Wonderland.

This 60th Anniversary Edition Blu-ray release of ALICE IN WONDERLAND celebrates many of Walt’s accomplishments with this film showcasing its amazing artwork,spectacular songs and dazzling animation. And be sure to dive deeper into the rabbit hole and check-out all of its unique bonus features.

Click the video below to see the pencil test:

While you wait for your copy of the new Blu-ray or DVD to arrive, check out these fun activity sheets:

Alice in Wonderland is available now!

Get a $10 off coupon through Disney Movie Rewards!