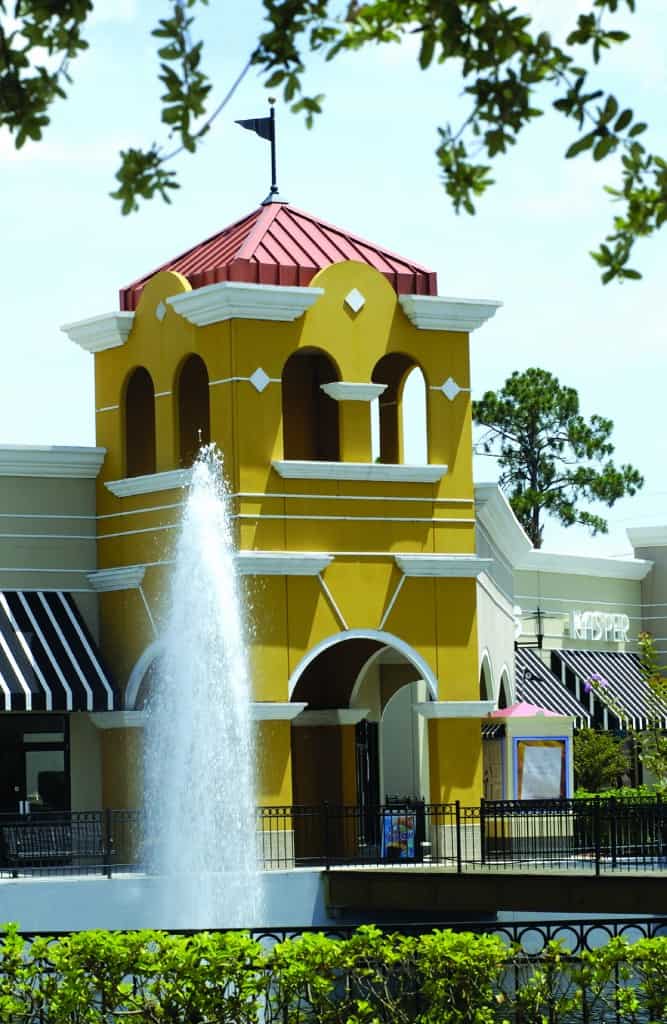 August is now upon us and back to school sales are filling up the local stores. A great place to get some shopping done for the school year is right around the corner from Walt Disney World – the Lake Buena Vista Factory Stores. I remember when I was little, I always loved going to the outlets up in New England for back to school clothes, shoes, and backpacks. Not surprisingly, consumers recently surveyed by the National Retail Federation noted that shopping smarter and stretching their budget will be a priority. Now, whether you’re a local or a visitor to our fine state, you could win a $50 gift certificate to use at any of the Lake Buena Vista Factory Stores, one of Central Florida’s best-kept shopping secrets where you’ll find savings up to 75% off at select stores.

Tax-free days are now through midnight on Sunday but deals will still be happening throughout the month. Even if you don’t win the giveaway, you can still get in on the savings by downloading a coupon from the Center’s website, then bringing it to Travelpro at the Lake Buena Vista Factory Stores to receive a coupon booklet valued up to $400 in savings. The Center is located at 15657 S Apopka Vineland Rd (SR 535), Orlando, FL 32821.

at the Amway Center

I am SO excited about this event coming to Orlando. We are huge fans of the Cirque du Soleil shows as well as the music and dance of Michael Jackson, so my entire family is hoping to see this show. Here are all the details below, I’m sure it’s guaranteed to entertain audiences of every age!

Orlando, FL – The Estate of Michael Jackson and Cirque du Soleil are proud to present Michael Jackson The Immortal World Tour™ in Orlando on February 28 – 29, 2012 at the Amway Center. This once-in-a-lifetime electrifying production combines Michael Jackson music and choreography with Cirque du Soleil creativity to give fans worldwide a unique view into the spirit, passion and heart of the artistic genius who forever transformed global pop culture. Proudly sponsored by Sun Life Financial, the show is written and directed by Jamie King, the leading concert director in pop music today, and features more than 60 international dancers, musicians and acrobats.

Tickets are on sale now for Orlando performances of Michael Jackson The Immortal World Tour on February 28 and 29 at the Amway Center. Tickets are $50 to $250 each and are available at www.ticketmaster.com or 1-800-745-3000. For additional information, visit www.cirquedusoleil.com/MichaelJackson.

A riveting fusion of visuals, dance, music and fantasy that immerses audiences in Michael’s creative world, Michael Jackson The Immortal World Tour unfolds Michael Jackson’s artistry before the eyes of the audience. Aimed at lifelong fans as well as those experiencing Michael’s creative genius for the first time, the show captures the essence, soul and inspiration of the King of Pop, celebrating a legacy that continues to transcend generations.

The Immortal World Tour takes place in a fantastical realm where we discover Michael’s inspirational Giving Tree—the wellspring of his creativity. The secrets of Michael’s inner world are unlocked—his love of music and dance, fairy tale and magic, and the fragile beauty of nature.

Writer and Director Jamie King has been called one of the most influential “movers and shakers” in the music industry, and the “Jerry Bruckheimer of tent-pole concert tours” by Variety. A multiple Emmy Award® and MTV Video Music Award® nominee, he has choreographed some of the most popular music videos and directed some of the highest-grossing concert tours of all time. For the past 12 years, he has served as Madonna’s creative director, and most recently directed world tours for Rihanna, Celine Dion, Spice Girls, Britney Spears and Avril Lavigne. King has worked with an array of superstars including Ricky Martin, Christina Aguilera, Mariah Carey, Shakira, George Michael, Elton John, Diana Ross, Jennifer Lopez and even Ellen DeGeneres. This is Jamie’s first show with Cirque du Soleil.

You may remember my enthusiasm for Tampa’s brand new Imagination Park Disney Store when it opened near me at International Plaza and Bay Street. I was there opening day to experience the magic and share it here with you. The store was amazing and its cast members instantly won me over with their knowledge, kindness and pixie dust. I couldn’t wait to go back with the rest of my children and family and show them around. Imagine my sadness when we returned a couple of weeks later to find the store closed!

A sign outside informed us the store was closed due to water damage. A pipe had burst on the second floor flooding the space above and the Disney Store with 15,000 gallons of water. Yikes. Peeking into the store that day, I could see that everything had been completely gutted and they were removing the hardware pieces while still drying out the store with floor fans. I thought of all the beautiful parts; the trees with projections on them, the gorgeous wall and ceiling displays, not to mention the merchandise – all ruined! I could only imagine how saddened the cast members were about this as well. I spoke to the Disney Store president, Jim Fielding on twitter and he let me know they’d be back open by Thanksgiving.

Now the store is re-opened and ready to spread the magic once again, just in time for the holidays!! Jim Fielding asked for my help on twitter to spread the word, so I thought this was the least I could do. I wouldn’t be posting about it if I wasn’t confident that this store is an absolutely amazing experience – the next best thing to being at the parks themselves. Jim assures me that everything is exactly as it was before and the cast members are back and even more ready to help you Unlock Imagination, right in our backyard.

As I said in my first report, it’s just an hour away from the Walt Disney World Resort in Orlando (right down I-4 West to I-275) so if you’re driving to the parks or renting a car, it really is worth a trip over here to experience this first Imagination Park in the central Florida area. I’ve shared before what a caring and involved president Jim Fielding is (in addition to his job title he is also a board member of the Make a Wish Foundation and volunteering in Phoenix this weekend). Reaching out to Disney store fans via social media is just one example of that involvement, and what makes shopping at the Disney Store such a rewarding experience.

In addition, the DisneyStore.com

has some amazing deals happening right now – what better place to do some holiday shopping? Be sure you add the Disney Store Tampa to your “must do” list for the holidays!