Last week I had the pleasure of meeting Junction Point vice president and creative director Warren Spector, Peter Ong and the rest of the team from DreamRift behind the development of Epic Mickey: Power of Illusion for the Nintendo 3DS and some folks from Disney Interactive. We were shown an amazing Disney day and night, meeting with VIP lounges and Magic Kingdom tours and a lovely dinner at California Grill. In between all the wining and dining, we learned so much about the game, from the people that poured their hearts and souls into its creation. It’s rare, as a consumer, to meet the minds behind a video game, and discover all hard work and detail each person contributed.

Hearing from Warren Spector was, as a Disney fan, wonderful. Not only is he a long-time video game fan, but a long-time Disney fan as well. Seeing his passion in action was a treat as he described his involvement in Epic Mickey. I had wondered if Disney nerds experts like those of you reading this now, would find things within the game that would satisfy our particular level of…attention. Warren assured us that we would be in heaven with the specific park and Disney film details within Epic Mickey: Power of Illusion.

In addition, talking through the actual game developers throughout the day and learning how they watched the Disney films used in the game countless times, and various other ways they kept true to the Disney brand, the classic gaming experience they were honoring, and bringing in a whole new generation with the drawing aspect to the Nintendo 3DS.

This video below will shed some light on the thought process behind the game and how game play develops.


As far as the details go, yes, it is played on a 3D handheld system, however you can turn OFF 3D any time, if your eyes have had too much or you’d just like a traditional gaming experience. The game is rated G but for ages 7 and up because of the 3D aspect. Too much exposure to the 3D setting on young eyes can be damaging. Outside of that issue, there are no other concerns as far as violence or age range go.

I was able to play through the first level of the game, and as a very casual gamer, I was able to figure things out, but there were some parts that were a little frustrating, so keep that in mind with younger players. Of course practice and patience is the key to any successful video game conquest!

Epic Mickey: Power of Illusion is a great game for anyone looking to recreate a classic 16 bit experience with a modern update, or any fan of Disney animated features or Parks. The game will be available on November 18, 2012.

Disclosure: Great thanks to the Disney Interactive team for our day in the parks as we learned about this game. I was provided special access at Walt Disney World, dinner and refreshments throughout the day. My opinions and thoughts are my own.

Disney has been so busy creating and updating apps and video games and dvds that I’d be posting 10 times a day to keep up, so I thought I’d throw all of this news into one convenient post in case you hadn’t seen the announcements:

First up – Brave: The Video Game. Disney Pixar’s Brave premiers in June and the game will follow suit this summer. I like that this will be a video game that appeals to girls, without being about puppies or Barbie, and I have high hopes that Disney Interactive Media Group will do it justice!

BURBANK, Calif. — (March 19, 2012 ) – Disney Interactive Media Group announced today that “Brave: The Video Game” is currently in development for PlayStation®3 computer entertainment system, the Xbox 360® video game and entertainment system from Microsoft, Wii™ system from Nintendo, Nintendo DS™ handheld system and Windows PC/ MAC.  Inspired by “Brave,”  the upcoming Disney•Pixar animated fantasy adventure movie, the video game invites players to run, jump and battle their way through the rugged landscape of mythical and mysterious Scotland. By using their wits and bravery, gamers will also be able to wield a sword and bow to defeat fierce enemies, break a magical curse and save a kingdom. The video game will release summer 2012, in conjunction with the film.

A third person action-adventure, “Brave: The Video Game” expands the tale beyond the movie’s storyline. Gamers can play as Merida, an expert archer and heroine, and in the console versions, players can also play as other entertaining characters from the film.  In addition, they will be able to go on quests through a magical world and solve puzzles to uncover secrets.

“We’re excited to offer a compelling game across multiple platforms for fans of the upcoming Disney•Pixar film ‘Brave’. Whether gamers want to play on their own or with others, they can relive highlights from Merida’s journey and go on new adventures inspired by the legends of Scotland and Disney•Pixar storytelling,” said Javier Ferreira, senior vice president of publishing, Disney Interactive Media Group. “With Kinect™ for Xbox 360 and Move on the PlayStation®3, gamers will feel like they are using a bow and arrow in an archery range and have a truly immersive experience.”

The console versions of “Brave: The Video Game” offer a variety of gameplay, including single-player, co-op for family and friends, and a special Bear mode, where players will be able to play as a bear. Several new opponents created exclusively for the game will challenge the player throughout the experience, culminating with an ultimate boss battle to complete the adventure. The Nintendo DS game is filled with its own exciting missions and a myriad of characters to engage single players.

Next up, Disney Interactive launches original web series for gamers “Power Up” hosted by Christina Grimmie and presented by Kinect for Xbox 360

Power Up, Disney Interactive’s new original web series gives families an inside look at the exciting world of video gaming.  Presented by Kinect for Xbox 360, the weekly show on Disney.com is hosted by YouTube and musical sensation, Christina Grimmie, who will cover a wide range of game-related topics, including reviews of popular console, mobile, social and casual games.  The series will also feature comedic game-based skits with other popular YouTube stars, as well as original songs and music by Grimmie.  Fans can also check out Power Up on Disney’s network on YouTube, Disney Mobile and Xbox LIVE.

To celebrate the launch of Power Up and the highly anticipated “Kinect Rush: A Disney•Pixar Adventure” video game, players can enter the “Power Up Sweepstakes” for a chance to win a family trip to San Francisco, for a private tour of Pixar Animation Studios, behind-the-scenes look at the making of the game, as well as the opportunity to play “Kinect Rush: A Disney•Pixar Adventure” with Christina Grimmie.  To enter the sweepstakes, guests can visit Disney.com/PowerUp or text “POWERUP” to 347639 (DISNEY).

For Tinker Bell and the other warm season fairies, the Winter Woods remains a mysterious and forbidden place.  “Secret of the Wings” takes audiences on an amazing journey of discovery with Tink, into this forbidden world where she discovers a magical secret that changes her life forever. 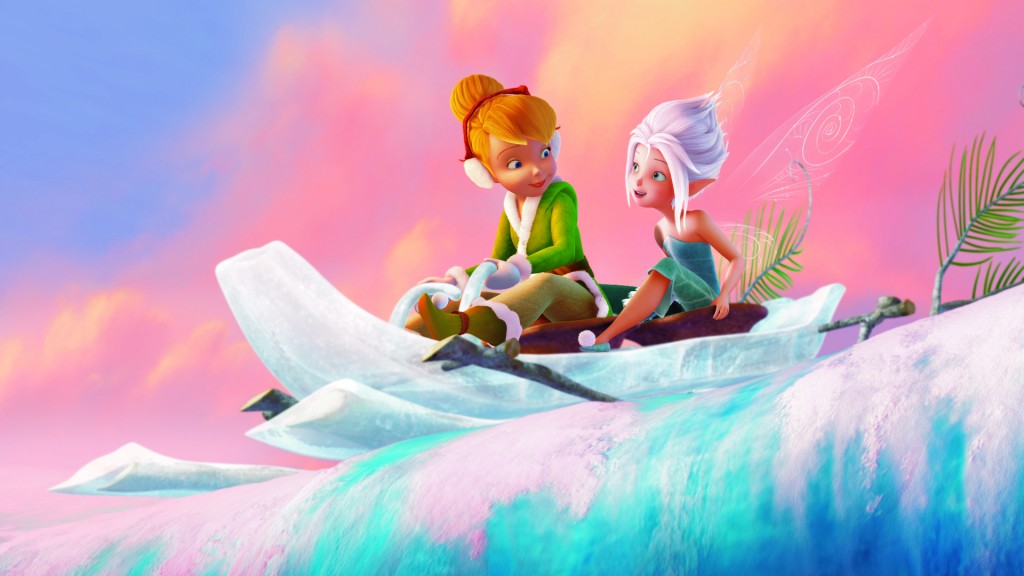 “Secret of the Wings” is Disney’s highly-anticipated all-new movie in the Tinker Bell Disney Fairies film franchise.  These beautifully-animated films have ranked at the top of the home entertainment charts every year they have been released. 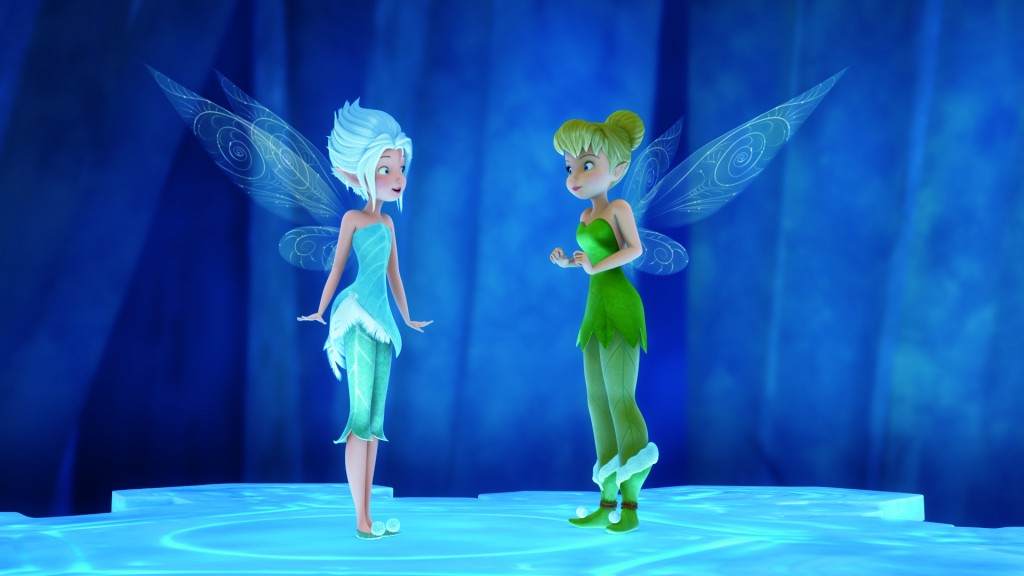 In addition to the all-new feature film, the spectacular animated release includes a host of exciting bonus features that extend the viewing experience, taking audiences deeper into the magical world of Disney Fairies.  (More details forthcoming)

To celebrate the upcoming release of “Secret of the Wings,” Disney has launched a new destination in Facebook for parents to stay updated on Disney Fairies news as well as receive the best new content and activities that they can share with their children. Audiences can become a fan now at:  https://www.facebook.com/DisneyFairies.

For the latest information on “Secret of the Wings,” fans can head to www.Disney.com/SecretofTheWings  to view film clips, and more.

I’ll share more news and releases as they come in!