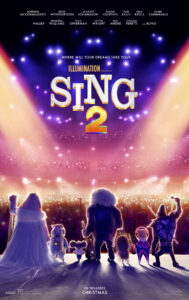 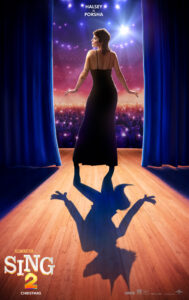 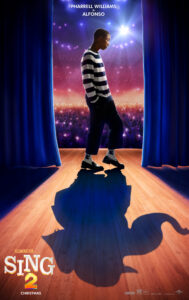 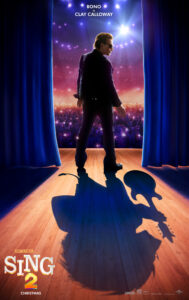 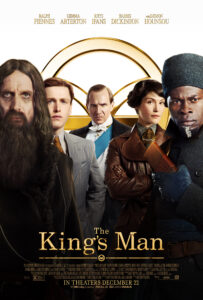 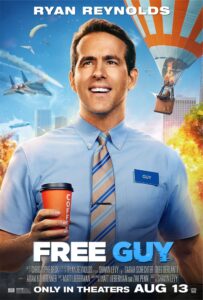 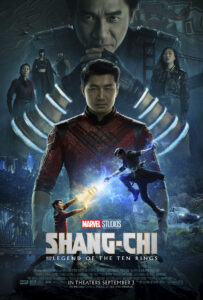 After the recent release of Black Widow, the train to the next inclusion in the Marvel Cinematic Universe is truly rolling. Today, Marvel Studios gifted us a new featurette of the film, SHANG-CHI AND THE LEGEND OF THE TEN RINGS.

In the featurette, we join producer Kevin Feige, stars Simu Liu and Awkwafina, and director Destin Daniel Cretton as they provide some of the backstory to Shang-Chi as a character.

Marvel Studios’ “Shang-Chi and The Legend of The Ten Rings” stars Simu Liu as Shang-Chi, who must confront the past he thought he left behind when he is drawn into the web of the mysterious Ten Rings organization

Marvel Studios’ SHANG-CHI AND THE LEGEND OF THE TEN RINGS opens in U.S. theaters on September 3.

Be sure to check out our other updates on the film here. 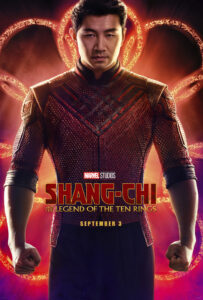 Piggybacking off the excitement from the first official Saving Mr. Banks movie trailer a few weeks back, Disney Studios has now released the first teaser poster for the upcoming film. It is perfect!

And if you happen not to know what Saving Mr. Banks is all about, here is the official synopsis:

When Walt Disney’s daughters begged him to make a movie of their favorite book, P.L. Travers’ “Mary Poppins,” he made them a promise—one that he didn’t realize would take 20 years to keep. In his quest to obtain the rights, Walt comes up against a curmudgeonly, uncompromising writer who has absolutely no intention of letting her beloved magical nanny get mauled by the Hollywood machine. But, as the books stop selling and money grows short, Travers reluctantly agrees to go to Los Angeles to hear Disney’s plans for the adaptation.

For those two short weeks in 1961, Walt Disney pulls out all the stops. Armed with imaginative storyboards and chirpy songs from the talented Sherman brothers, Walt launches an all-out onslaught on P.L. Travers, but the prickly author doesn’t budge.  He soon begins to watch helplessly as Travers becomes increasingly immovable and the rights begin to move further away from his grasp.

It is only when he reaches into his own childhood that Walt discovers the truth about the ghosts that haunt her, and together they set Mary Poppins free to ultimately make one of the most endearing films in cinematic history.

ZannaLand first showed you the trailer for this awe-inspiring DisneyNature movie back in December. African Cats is now set to open in just a few weeks on Earth Day, April 22, 2011. During the film’s opening week (April 22-28), a portion of the proceeds from that week’s ticket sales will be donated to the African Wildlife Foundation through the Disney Worldwide Conservation Fund to protect the Amboseli Wildlife Corridor, a passage between the Amboseli, Tsavo West and Chyulu Hills National Parks that is frequently used by lions, cheetahs, elephants, zebras, giraffes and a host of other animals in the African savanna.

An epic true story set against the backdrop of one of the wildest places on Earth, “African Cats” captures the real-life love, humor and determination of the majestic kings of the savanna.  Narrated by Oscar®-nominated actor Samuel L. Jackson, the story features Mara, an endearing lion cub who strives to grow up with her mother’s strength, spirit and wisdom; Sita, a fearless cheetah and single mother of five mischievous newborns; and Fang, a proud leader of the pride who must defend his family from a rival lion and his sons.  Disneynature brings “The Lion King” to life on the big screen in this True Life Adventure directed by Keith Scholey and Alastair Fothergill (“Earth”).  An awe-inspiring adventure blending family bonds with the power and cunning of the wild, “African Cats” leaps into theatres on Earth Day, April 22, 2011.

You can view the trailer again here below:

You can also download this cool African Cats Educational Guide and AfricanCats Activity Sheet for African Cats. Great for kids activities and homeschooling!

My family and I were lucky enough to see the trailer for African Cats during our screening of Tangled and I can’t tell you how many “aww’s and oooh’s!” there were coming from the audience in reaction to the beautiful scenes in front of us.

Now DisneyNature is announcing its collaboration with the African Wildlife Foundation (AWF), where a portion of the proceeds from the film’s opening week will be donated to the organization through the Disney Worldwide Conservation Fund. The AWF will be working to protect the Amboseli Wildlife Corridor, a passage between the Amboseli, Tsavo West and Chyulu National Parks, that is frequently used by a variety of wildlife.

Check out the gorgeous trailer: