Disney just sent over the newest clips from the upcoming Monsters University – looks pretty funny to me, can’t wait to see these guys on campus!

“Billy Crystal’s an amazing comedic actor,” remarked Dan Scanlon, Director, Disney•Pixar’s Monsters University. “He gave us so much fun material, we decided to cut four slightly different versions of the trailer. We are so happy to have him back as Mike!”

You can also watch all four versions of the new trailer and vote for your favorite Mike sleep talking line on the official Monsters University Facebook Page. The winning line will be drawn up by a Pixar artist and shared EXCLUSIVELY with the fans of Monsters University.

Are you ready for school?? Which Mike Wazowski line is your favorite??

We first caught the trailer and some behind-the-scenes info for Wreck-it-Ralph at last year’s D23 Expo in Anaheim and I fell in love. As a little girl who grew up with Atari 2600 and spent many a day playing Centipede, Donkey Kong, Pac Man and more in arcades, the storyline appealed to me instantly. Throw in some appearances by Q*Bert (I was SO addicted to that game!) and more classic video game characters, and you’ve got millions of kids from the 80’s ready to “press play” on this film.

Walt Disney Animation Studios and Emmy®-winning director Rich Moore (TV’s “The Simpsons,” “Futurama”) take moviegoers on a hilarious, arcade-game-hopping journey in “Wreck-It Ralph.” Ralph (voice of John C. Reilly, “Talladega Nights: The Ballad of Ricky Bobby,” “Step Brothers”) is tired of being overshadowed by Fix-It Felix (voice of Jack McBrayer, “30 Rock”), the “good guy” star of their game who always gets to save the day. But after decades doing the same thing and seeing all the glory go to Felix, Ralph decides he’s tired of playing the role of a bad guy.  He takes matters into his own massive hands and sets off on a game-hopping journey across the arcade through every generation of video games to prove he’s got what it takes to be a hero.

On his quest, he meets the tough-as-nails Sergeant Calhoun (voice of Jane Lynch, TV’s “Glee”) from the first-person action game Hero’s Duty. But it’s the feisty misfit Vanellope von Schweetz (voice of Sarah Silverman, “The Sarah Silverman Program”) from the candy-coated cart racing game, Sugar Rush, whose world is threatened when Ralph accidentally unleashes a deadly enemy that threatens the entire arcade.  Will Ralph realize his dream and save the day before it’s too late?  “Wreck-It Ralph” crashes onto the big screen on November 2, 2012, in Disney Digital 3D™ in select theaters.

Walt Disney Animation Studios released the first official trailer today so now everyone can see the genius that is Wreck-it-Ralph – check it out!

What did you think? I love it!

During the Pixar presentation at D23’s Expo in Anaheim last August, lucky attendees were shown this clip of Brave – opening in theatres June 22. We were unable to share it until now – and finally, the world can see it! Once again, it is simply stunning, and I do not have enough words to describe how excited I am for this film!

And here’s a bonus clip – the commercial that aired during Sunday’s Academy Awards ceremonies – the music was so lovely, I had to share it here: [the Gaelic song is Tha Mo Ghaol Air Aird A’ Chuain by Julie Fowlis.]

My son read The Hunger Games

when it first came out, and each subsequent book in the trilogy. I remember him saying how much he loved them and that I should read them too, but it was one of those things I kept putting off. I’m always doing something online or just being a mom, so it’s hard to commit to carving out time to read a magazine, let alone three books. However, with The Hunger Games movie approaching, I knew I wanted to start and finish the books before its release. I started reading them on a Friday and was finished with all three by Monday. They were THAT good. If you have not yet read the books, [ The Hunger Games

] I implore you to do so. They are wonderfully written and will provide all the necessary back-story for the films as they are released. Of course reading the books before seeing the movie won’t be necessary, but will definitely endear the characters to you and build the excitement for the movies, as they did for me.

Now, I am as invested as I was with Harry Potter and his friends, but in a very different way. Katniss Everdeen, the heroine of the Hunger Games Trilogy may suffer hardships as Harry Potter did, but the similarities end there. There are less characters to be introduced to as well as not worrying about drawn-out descriptions of countless places, history and spells. As a result, we are instantly drawn in with the characters we do meet, and the details we do receive about the various districts in the country of Panem are that much more powerful. We feel for her bravery, her sacrifice, and her ever-burning spark as “the girl on fire” throughout the books.

As a quick synopsis: The country of Panem is what remains of our mistreated earth after years of selfishness among its inhabitants and global changes. The country was divided into 13 Districts and there was an unsuccessful rebellion against the Capitol which controls them, resulting in District 13 being destroyed. As penance for its rebellion, the Capitol created The Hunger Games, where a boy and girl child, aged between 12 ad 18, are chosen each year to fight to the death with only one victor remaining. The Districts are known for what they can produce or offer the Capitol, such as electricity, agriculture, fishing, etc. and aside from those closest to the Capitol, most Districts live in extreme poverty and under a police state. I’ll let you discover the rest of the story on your own. I am quite excited to see The Hunger Games film with my son, and cannot wait for the remaining films to be made and released.

I thought I’d share the currently released movie trailers, as well as some official sites to check out, where you can discover your district and connect with other fans:

Here are some places to interact with The Hunger Games:

Head over to TheCapitol.pn and find out what your District you are from, what your job assignment is and create your own District ID. And visit CapitolCouture.pn for the latest in fashion trends and news from the Capitol. There’s even a nail polish line from China Glaze inspired by Hunger Games:

You can also now pre-order many items from The Hunger Games from HotTopic.com. Connect with @TheHungerGames on twitter and use the hashtag #HungerGames to see the latest news and discussion about the film.

This should get any Hunger Games fan started – and remember, “May the odds be EVER in your favor…” The Hunger Games opens in theatres and IMAX on March 23, 2012.

The DisneyPixar instant classic that taught us to leave our comfort zone, explore our world, and just keep swimming is coming back to theatres in crystal-clear 3D. The beautiful undersea universe created by Pixar’s computer animation is perfect for the transformation to 3D.  This Fall, we’ll laugh, cry and remember that fish are friends, not food, once again. Enjoy the trailer below, or, in Whale, ennnnnjooooooooy theeeeeee traaaaaaaaaaaillllllllllllllleeeeeeeeeeerrrrrrrrrr!!! 😉 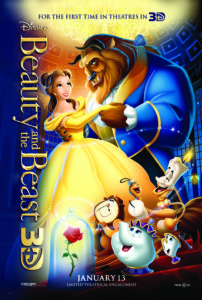 The time has finally come for the official trailer of the gorgeous Disney Pixar film Brave. We were able to see a sneak peek at D23’s Expo in California over the summer and I’m so happy it’s finally available for public viewing! Simply STUNNING.

I was just sent these clips and they’ve made me even more excited to see the all-new The Muppets movie opening on November 23rd! The second clip in particular is a perfect example of classic Muppet humor –

If you recall from our previous post on the new Muppet movie from the creative mind of Jason Segel, The Muppets were set to hit theaters in December – that date has now been pushed up to November 23, 2011. Check out this new promotional poster for the movie:

There is also now a full synopsis of the film’s storyline:

On vacation in Los Angeles, Walter, the world’s biggest Muppet fan, and his friends Gary (Jason Segel) and Mary (Amy Adams) from Smalltown, USA, discover the nefarious plan of oilman Tex Richman (Chris Cooper) to raze the Muppet Theater and drill for the oil recently discovered beneath the Muppets’ former stomping grounds. To stage The Greatest Muppet Telethon Ever and raise the $10 million needed to save the theater, Walter, Mary and Gary help Kermit reunite the Muppets, who have all gone their separate ways: Fozzie now performs with a Reno casino tribute band called the Moopets, Miss Piggy is a plus-size fashion editor at Vogue Paris, Animal is in a Santa Barbara clinic for anger management, and Gonzo is a high-powered plumbing magnate. With secret, signature, celebrity cameos, “The Muppets” hits the big screen Nov. 23, 2011.

Hopefully we will get a few more teases before the Fall!

You may remember the Mars Needs Moms trailer I shared with you back in November. Now in anticipation of the March 11th opening of the movie in 3-D, I’m happy to bring you a giveaway of fun Mars Needs Moms items for Mom AND child! This giveaway gift basket will include:

If you’d like a refresher on the Mars Needs Moms story, check out the newest trailer below:

3 (optional for an extra entry). Share this giveaway on twitter or facebook. You can use the two buttons at the top of this post, or just copy and paste the link yourself. https://zannaland.com/mars-needs-moms-giveaway Please provide a link in a separate comment below if you have shared this giveaway.

CONGRATULATIONS to Kathie, aka magic2go on twitter (and fellow Walt Disney World Moms Panelist!) for getting randomly chosen as the gift pack winner!! Random.org picked #3 and that’s her! Be on the lookout for your prizes in the mail!

Thanks to everyone for participating. More giveaways to come!